My Mothering Story | Story of Mum
Skip to main content

My parents separated when I was very young.  I had a very loving upbringing with my father and his mother.  My grandmother was like a mother to me, she had always wanted a daughter.  My overwhelming memory of my grandmother is a vast amount of warmth.  Just cuddling up to her, feeling that maternal love that I didn’t get from my own mother.

At the age of 9, my mother had remarried and she won custody of me.  The court decided that it was best for me to be with my mother, as she could provide more financially.  I remember being talked to by the court’s child psychologist.  I think I wanted to stay with my father, but I didn't feel I could say that.  I told the psychologist I could see the advantages of both.

I lived with her until the age of 19, and it wasn’t a happy time.  She thought she was doing her best, she gave me as much love as she possibly could.  But she was busy, always rushing around being a Doctor and she didn’t really know how to be a mother.  I had issues as a young teenager, a lot of issues, even though I was very privileged.   I  felt very insecure, and even attempted suicide; a cry for help from my mum, I think.  She was doing her best, but she just didn’t know how to be a mother to me.

I was angry with her for a long time, we all play the blame game; it’s all our parents’ fault.  But my mother and I have very similar personalities.  We both have hot tempers, she’s a mirror for me; there are lots of lessons I can learn from her.  Over the past year I've done a lot of healing, and I’m a lot freer with her now.  I had to let go of that blame, that anger, to be able to fully love her.  She lives in Australia but she was here last summer and, because I was finally able to let it go, it was beautiful being with her, there was harmony.

My oldest child is 12, he’s very similar to me.  He’s got a hot temper, we do clash.  He’s also one of my greatest teachers.  I’m learning to be with him more, rather than spending time; time’s not a currency.  Rather than just firing questions at him all the time, just sitting with him, asking him how he's feeling, where he's at; I find he opens up a lot more that way.

I don’t subscribe to any religion, but I feel very much that I do have faith, and a connection to God, to spirit, through yoga and meditation.  The spirituality of living on planet earth is very important.  I share that with my children through morals, through what I teach them, through everyday situations and challenges.  I teach them that they’ve got a direct connection to God; you don’t need to go to church to find that.

What does motherhood mean to you? These tales and portraits were collected by two Faith Fellows working with Proshanti, a charity set up in response to the need for health facilities for mothers and families in Bangladesh.

Originally exhibited at the V&A Museum of Childhood in London as a pop-up 'Museum of Motherhood' (no link to the wonderful M.O.M. in New York) we're delighted to be sharing these diverse stories as part of our travelling exhibition: Story of Mum: mums making an exhibition of ourselves.

To find out more about Proshanti's work or donate, visit www.Proshanti.org.

Eco-anxiety and taking imperfect action
How are you feeling about the environmental challenges we face? Are there simply too many other challenges in your life right now to add the climate crisis to the mix - or is it something that keeps you awake at night? Yesterday I had the amazing (and frankly, terrifying!) experience of speaking on...
Recent blogs... 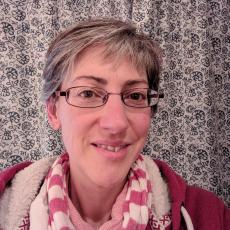 I'm a full-time teacher and mum of two, also trying to squeeze in time for music (singing and flute), running, reading and (just occasionally)...
read more and connect...